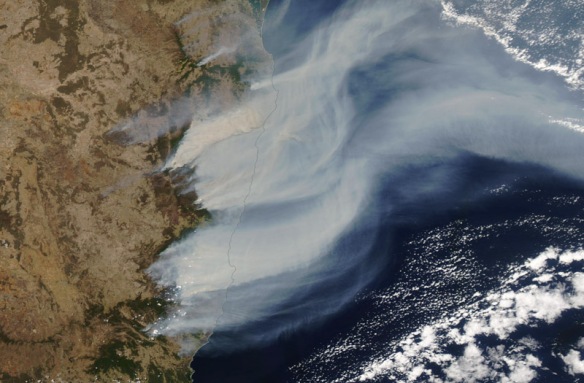 The other night I had a strange dream. I was observing some kind of tournament staged atop the world’s tallest building. Game officials tell one of the teams to station players closer to the building’s edge, in accordance with game rules or just to make the play more exciting. Then an announcer cries: “Peter’s gone!” As the crowd roars in surprise and shock, the dream’s camera pans fast toward the building’s edge, where we see a female teammate kneeling in shock, the sky’s incredible fatal falling distance just beyond. I woke thoroughly spooked.

At this 4 AM — the witching hour I normally write by– the spectral Wolf Moon shines over all, a brilliant echo of Friday night’s penumbral eclipse—passing behind the Earth, the moon dipped through our planet’s outermost shadow. For us it was a fleeting, ghostly encounter with our dear dead orbital; for the moon, well … one suspects is was business as usual, shining its ruined face for us all.

Ghosts have always crept about the edges of our culture; haunting stretches from my father’s pipe still redolent with Borkum Riff to Paleolithic cave-paintings of aurochs speared for the feast. We have cartoon ghosts, movie franchise ghosts and spookies risen from horror fiction and, of course, the Internet’s boundless bourne. There are haunted houses and caves and beaches. Ghosts take the semblance of departed loved ones, and you can never be quite sure who’s walking in the door of our dreams. They come in moonlight, icy in visage yet so real, almost there where we can’t let them go …

I’m thoroughly haunted by the eerie advent of the Anthropocene, spooking in from the edges to eclipse human life. And what’s so weird about it is the speed, accomplished not over millions of geologic time but over the latter portion of my tiny life. Twenty years ago I was a suburban hopeful with poetic ideas commuting 25 miles to daily work and returning to my little plot of Florida paradise and the inner satisfactions of home where good cooking and nightly TV assured a dreamless sleep. That life is still here; but five years of increasingly dire climate news, that life has the sound of a haunted carousel.  I have a hard time comprehending that I once took as the soundtrack of the good life. The edge of a shadow has passed over, and it’s growing more spectral every day.

It doesn’t help that spiritous waste from Australian brushfires now drapes the ghosts of a billion animals, willowy and particulate, around the world. A shroud which grows and creates its own bad weather …

Arts of Living On A Damaged Planet: Ghosts and Monsters provides some imaginative and useful metaphors for working with ghosts. Published in 2017 by the University of Minnesota and edited by Anna Tsing, Heather Swanson, Elaine Gan and Nils Bubandt, anthropologists, biologists and environmental scholars observe the ghosting of one world and the monstrous entanglements emerging in the new one.

An introduction co-written by the editors has three paragraphs I’d like to quote as points of departure for this Ghost challenge.

First, in the Anthropocene, ghosts are composite entities of loss:

As life-enhancing entanglements disappear from our landscapes, ghosts take their place. Some scientists argue that the rate of biological extinction is now several hundred times beyond its historical levels. We might lose a majority of all species by the end of the twenty-first century. The problem is not just the loss of individual species but of assemblages, some of which we may not even know about, some of which will not recover. Mass extinction could ensue from cascading effects. In an entangled world where bodies are tumbled into bodies, … extinction is a multispecies event. The extinction of a critical number of species would mean the destruction of long-evolving coordinations and interdependencies. While we gain plastic gyres and parking lots, we lose rainforests and coral reefs. (G4)

The Australian brushfires provide us witness to such a mass extinction event in real time. Australia is considered megadiverse, with 70 percent of the world’s species on just 10 percent of the world’s landmass and many unique to that continent: 15,368 vascular plants, 376 mammals, 851 birds, 880 reptiles and 224 amphibians. Along with the incomprehensible loss of life, habitat has been destroyed so widely that for animals who have survived, there is little for them to live on. Mammal life have suffered widely — the loss of those cute koalas–but other animals too—the Corroboree frog, the glossy black cockatoo and southern grass skink. Australian insect populations are vital, so vast that only about 30 percent of them have even been identified. Worldwide, insects are vanishing so fast that there are places eerie with the silence of their absence, and behind that silence there is a greater vanishing and lost as animals dependent upon them are also lost. As Australian ecosystems may be tipped forever out of balance if they lose their bugs.

We are only just beginning to understand the importance of assemblages we must now wave farewell to. The Australian brushfires are a proscenium to this farewell. How are the ghosts moving in and what do they tell us about what has been lost? We ought to learn something here, because far more is coming. We need a more resonant notation for transcribing these ghost choirs …

The second passage has to do with ghostly landscapes.  Two centuries of industrial-scale mining, damming, deforestation and agriculture has reshaped the earth. Mountaintops are stripped away, and vast tracts of prairie are turned into moonscapes for shale oil extraction. Fracking is creating new earthquake zones. Suburbs invade wetlands, increasing the potential for flood and damage. CO2 emissions are largely falling into the oceans and slowly turning them acidic. As a result we are losing the Great Barrier reef and giant kelp forests in Australia, and so so much we miss because its down from a moony heaving surface.

“As humans reshape the landscape,” the editors write,

we forget what was there before. Ecologists call this forgetting the “shifting baseline syndrome.” Our newly shaped and ruined landscapes become the new reality. Adding one landscape to its biological entanglements often entails forgetting many others. Forgetting, in itself, remakes landscapes, as we privilege some assemblies over others. Yet ghosts remind us. Ghosts point to our forgetting, showing us how living landscapes are imbued with earlier tracks and traces.

As spectral moonlight washes my suburban street tonight, I wonder what do the ghosts of your local landscape tell you? How has the ostinato  of driven human existence virally erased that which was thriving and extending and singing Yes and Yes to sun and moon?

During a moment of that moon’s full height and glory, a corner of a shadow crossed the Earth. Some call the present moment the advent of the Penumbral Age, “the period when a dark shadow began to fall over humankind. You’re living at the start of a new age, a new counter-enlightenment.” The third passage sings for the advent of ghostly time.

Ghosts remind us that we live in an impossible present — a time of rupture, a world haunted with the threat of extinction. Deep histories tumble in unruly graves that are bulldozed into gardens of Progress. Yet Arts of Living on a Damaged Planet is also a book of weeds –the small, partial, and wild stories of more-than-human attempts to stay alive. Ghosts, too, are weeds that whisper tales of many pasts and yet-to-comes that surround us. Considered through ghosts and weeds, worlds have ended many times before. Endings come with the death of a leaf, the death of a city, the death of a friendship, the death of small promises and small stories. The landscape grown from such endings are our disaster as well as our weedy hope. (G6-7)

So much is mixed in the watery mortar of dream—yesterday, myth, the future I’m not smart enough to read, the emotional struggles I can’t resolve, last night’s pasta and a poem about ghosts.  Endings precipitate ghosts which fall and fertilize a new Earth. It only looked like disaster from the tower’s falling edge.

For this week’s challenge, write a poem about ghosts in a changing Earth. Write a poem about ghosting, spectrality, haunting, moonshadows, living on, living through. Bear witness the haunting of your neighborhood or region. What would your ghost look like in a later century? Where would you find the ghost of an animal gone extinct, perhaps in the Australian bushfires? What voices seep melting Arctic permafrost and issuing up through earthquake tremors? Are they from our past or future? What happened to our past? our children? our pets? What do the ghosts of the opioid crisis have to say, or the gun violence dead? Do they mingle in those incredibly sad miles of clear-cut boreal forests, bare in full moonlight? Who are the ghosts of the Great Recession? the digitally disrupted? or climate change’s great derangement, squawking on all-night talk radio?

All of these ghosts are out there, crossing paths, murmuring with the lament of the dead. Perhaps they have something  to say about what we dreamed last night. Perhaps the next door of the dream has something more to tell us. Take a breath—the air is saturate with full moonlight and distant smoke—and give us their song.

Click on the Mr. Linky icon below and you’ll proceed to another page where you can enter your link. If you would, enter your location after your name in the link

The Ghost challenge will be remain open Monday til Friday afternoon Jan. 17. Contribute as many times as you see fit and be sure to visit your fellow linkers and comment. It was wonderful to see so much rich commentary in this past weekend’s open link forum. Let’s grow a vibrant community!