Icelandic poppies. Photo by my brother Timm, who loved filling his camera lens with flowers.

NOTE: For those of you came by first thing to link, sorry that Mr. Linky was expired. FIXED.

Welcome to Earthweal’s third open link weekend. Our linking free-for-all kicks off every Friday afternoon at 4 PM EST.  Share a poem, new or old, long or short, hopefully in the theme of this forum but all doors are really open as long as your contribution is a poem.

Click on the Mr. Linky link which follows to add your link. Add your location after your name in the link so we know where in the Earth choir you’re singing from.

Links will be accepted through Sunday night, followed by a Monday challenge focused on some aspect of our changing Earth and lasting til Friday. The Jan. 20 Monday Challenge will be WATER.

Would love to read your thoughts and responses in the comments section. Conversation has fruitful and communal. 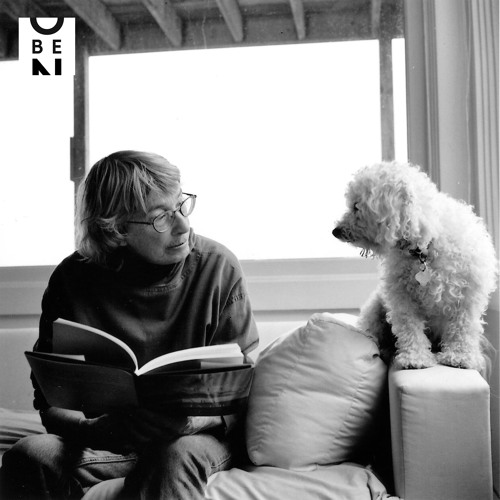 Thanks again to all who have been coming by to link and comment. You magnify the hive with so much charged pollen in the form of dreams, angst, insights, rants, grief, poetries. It’s still very early, but earthweal shows promise as a place to hurt and heal under the canopy of changing Earth.  We have much, much work to do …

In his new book This Land Is Our Land: The Struggle for a New Commonwealth, Jedidiah Purdy (a professor of law at Columbia University) makes the case for “a new narrative of civic friendship” of shared resources and common purpose which is based on land—the very thing which holds us together and tears us apart. The wealth of the land is something we have shared and fought over; in many places, our common weal has become the wealth of the few. As we waken to the nightmare produced by our extractions, the way forward is the way back—toward a renewed sense of bonding, not only by the human community but with the animal, vegetable and mineral kingdoms we reside among.

In a commonwealth—which we might also call a democratic Anthropocene—value will lie in work that does what is necessary and sustains its own conditions of possibility, in rest that contemplates a broken but still wondrous world, in play that keeps joy vivid among monuments and ruins and helps ensure that new life will grow there. No one can choose these values alone because they depend on the shared commitments of others and on the shape and terms of a built and shared world. The heroic work of building that world must clear the space for living humbly. (150)

Heroic work, perhaps, but as I’ve previously quoted Wendell Berry, “its hardship is its possibility.”

The thought of a building a world for humble living gives me hope in the face of so much climate despair there is to carry. I read a piece in The Guardian online yesterday, “How scientists are coping with ‘ecological grief.'”  In it, Steve Simpson is a professor of marine biology and global change at the University of Exeter. For decades he participated in diving expeditions into the Great Barrier Reef, studying marine life and the coral ecosystem. Though coral reefs take up only .1 percent of the ocean’s surface, more than a quarter of marine species live in them. “They’re rainforests of the sea,” he says.

But the oceans have been warming due to climate change, and in 2006 he observed the first great bleaching event. A vast and vibrant ecosystem “had turned into a graveyard.”  “It looked weird,” said Simpson, “because the fish were still brightly coloured, like someone had gone in and painted them on an otherwise black-and-white photograph. It was completely devastating to see individual corals that we knew and loved and had spent so long studying, now dead.”

Asked how he was dealing with his grief, Simpson replied,

We come back from our field seasons increasingly broken. You can either think: I can’t do this, I’m going to have to change the science I do; or you might try to internalise all of that pain that you feel. Lots of scientists do the latter – they feel we should be objective and robust, not at the mercy of our emotions.

Increasingly, we’re realising that we can use that emotional response to form new questions. Working on the bleached and dying coral reefs is enormously important to understanding how those environments are changing. There is a real urge to want to do something about it, rather than just chart the demise. And that’s where our research is heading now. We’re trying to restore some coral reef communities, or a fishery, or replant a mangrove forest. We’re just trying to find ways of protecting pockets of really diverse, vibrant life, which might reseed much larger areas when we tackle the big issues.

Grief of loss on such a scale we’re seeing also in the Amazon rainforest and global smokedrift from the burned Australian bush, in mountains whose gracious crowns have been ripped apart for clearcut mining and the polluted haze of New Delhi. Pick a place, you don’t have far to go. Lovers of the Earth today have to be tough-minded, like scientists, understanding that raw sights and sad vistas are part of life everywhere on the planet. But along with that damage there is much still to embrace and love and work to save.

Simpson was then asked what advice he could offer to those also experiencing climate grief:

It’s really important that we find ways of communicating the grief that we’re feeling and work together to support each other. Then we can become stronger, we can start to develop the science that takes our knowledge and turns it on its head – turns it into a solution, rather than just a negative story.

I think that finding any way of fostering a love of the natural world in the next generation is critical for them to be part of the solution.

Earthweal’s despair is also its possibility. It is a place to shoulder our common grief and then turn our eyes onto the world which is still alive and present and embraceable.

In that sense, venting that despair is like singing a sad country song—heartbreaking but you feel better after listening through, less alone and strummed by something wild and deep inside. I don’t know about you, but it makes me feel eager to get back to work.

So sing your despair, ask your questions, praise the world and give some hope!

The poppies send up their
orange flares; swaying
in the wind, their congregations
are a levitation

of bright dust, of thin
and lacy leaves.
There isn’t a place
in this world that doesn’t

sooner or later drown
in the indigoes of darkness,
but now, for a while,
the roughage

shines like a miracle
as it floats above everything
with its yellow hair.
Of course nothing stops the cold,

black, curved blade
from hooking forward—
of course
loss is the great lesson.

But also I say this:  that light
is an invitation to happiness,
and that happiness,

when it’s done right,
is a kind of holiness,
palpable and redemptive.
Inside the bright fields,

touched by their rough and spongy gold,
I am washed and washed
in the river
of earthly delight—

and what are you going to do—
what can you do
about it—
deep, blue night?