Welcome to Earthweal’s tenth open link weekend.  Here’s your chance to express yourself as widely and deeply as you wish, in whatever theme or mood that suits you.

Only two requests: include your location in your link so we get a feel for the breadth of global reportage, and be sure to visit your fellow linkers and comment.

Open link weekend ends at midnight EST Sunday night to make room for Monday’s weekly challenge. The next one is tentatively titled A GROWING THUNDER (something about increased storm activity across the Earth and/or in the mind).

A quiet mood has been on me for the past week, so I don’t have much to offer by way of homily today. (Cue cheers from the peanut gallery.)

Becalmed is one way to put it; no wind in the sails, ergo no forward movement. Fits and starts with new poems which splutter out.  Dead zone is another, a region of sea depleted of oxygen mostly due to human activity, mostly nutrient pollution.  Without enough 02, sea life dies or flees. One such dead zone lies off the coast of Louisiana and Mississippi (USA) where the Mississippi River empties into the Gulf of Mexico, and it covers about 6-7,000 square miles. Excessive rainfall this year and last—due in part to a heating Earth and increased moisture in the air—is increasing the agricultural effluent flowing down the river into the Gulf, creating hypoxic conditions which threatens fishing and tourism in the area.

Anyway, that’s my state of mind this week—at odds with Earth and Sea in a way which turns  pages stale and dry.

It’s been an eventfully unstable week in the world, and that can surely upset vatic apple carts. Coronavirus has spread to my Florida—not vastly, not yet anyway—so there’s that in the news cycle, as well as filtering into grocery stores where people are already stocking up for quarantine. (My local grocery store doubled their normal business for the day when the first cases were announced in Tampa, about 50 miles away.) Global markets have been on a financial Tilt-a-Whirl, stoking fears of recession or worse and U.S. politics are churning with a high-anxiety 2020 presidential campaign.

And then there are the personal uncertainties and anxiety of unemployment in one’s 60s, a wife in much distress over care for a father with advanced dementia and someone banging around in the bathroom all day replacing a shower that had been installed ten years ago by a criminally lazy contractor.  Hard to peruse the deep well when your domestic ass is on fire, is it not?

Occasional bouts of becalmed-to-dead inner oceanics have grown routine as I age; I stare at a blank page and wonder if there’s a single inspired word left in me. So far it doesn’t last for long. Eventually the wind shifts and the sails fill again, the pollution clears in the water and big fish swim back. Who knows why the spirit leaves us, where the leak might be, though I’m sure I have legion and the muses have a large congregation to inspire. I’ve found that if I not get too troubled about it and focus on peripheral projects on the creative farm—filing away old poems, cleaning out the detritus of the learning life, or writing this post—the secret rudder eventually finds its webbed footing again and I’m baaaaaaack.

Like a lot of things it magnifies, climate change may be increasing these doldrums with new vistas of bewitched, hypoxic emptiness. The whole world is going silent in its acquiescence to digital disruption, its numbing 180 away from the world. Maybe Ross Douthat is right that we’re in a latter-time decadence where the world isn’t so much zooming up into singularity as scattering in dust:

The truth of the first decades of the 21st century, a truth that helped give us the Trump presidency but will still be an important truth when he is gone, is that we probably aren’t entering a 1930-style crisis for Western liberalism or hurtling forward toward transhumanism or extinction. Instead, we are aging, comfortable and stuck, cut off from the past and no longer optimistic about the future, spurning both memory and ambition while we await some saving innovation or revelation, growing old unhappily together in the light of tiny screens.

The rising crescendo of earth events precipitated by climate change only makes the cultural dead zone of decadence even more lifeless, for both come when we are seemingly least capable of lifting a finger to do anything about it.

It’s all rather depressing, and that, I think, has kept or driven people away from here. (One departing poet sniffed, “This place makes Goths look like Up With People.”) Jamming a finger down on our inability to respond, much less change, despite the overwhelming evidence that we must do something immediately to combat the lasting effects of climate change—well, that just makes it all the more depressing. And depressing poems about earth change don’t seem like very apt buckets when one should instead be baling a capsizing boat.

But maybe that’s the point. Depression—dem ole melancholy blues—is a common haunt for most poets I know. It is the creative illness, perfection’s crucifix and nail. And with suicide rates for the whole population climbing globally, depression is also a thoroughly modern malaise.

Timothy Morton in his book Dark Ecology also places depression at the forefront of modernity, but adds that the modern is simply the 10,000-year shadow of the “Mesopotamian agrilogistic fantasy” that nature can be ordered to serve human civilization d. Modernity is a deathless freeze which awaits tools strong enough to defeat death.

Depression is an autoimmune disorder of the intellect against its poor phenomenological host being, little you. The “tears of a clown” form of comedic depression is when the depression says, I am not (just) a finite being, a sentence that sounds suspiciously like the agrilogistic virus. The desire arises to be regarded as a “serious” actor whose irreducible gap is sealed. Like white blood cells, the intellect can’t bear mortality and finitude. It wants you to live forever. It will eliminate every contradiction in its path to carry out this (absurd, impossible, destructive) mission. The “logical” conclusion to this path is the suicidal elimination of the host, like going into anaphylactic shock.

The agricultural logistics that now dominates Earth is this depression mind manifesting in global space. Objectively eliminating the finitude and anomalies that actually allow it to happen, the poor voles and weeds. The level of ecological awareness after guilt and shame has to do with depression, of being de-pressed by the overwhelming presence of processes and entities that one can’t shake off. The idea that one could shake them off is the basis of the depression. The depression is in effect a symptom of agrilogistics, itself a depressive drive to eliminate contradiction, with its consequent absurd and violent demarcation of Nature and (human) culture. Depression in a box, Mesopotamian depression, obsessively reproduced, now global. The whole point is to fight one’s way back from the brink (species-cidal and suicidal) toward the comedy. Toward accepting the irreducible rift between what a thing is and how it appears, allowing it to manifest. (Kindle edition, 153-5)

Long story short: lighten up! It’s only depressing when assume the world’s “complicate amassing harmony” (Wallace Stevens) is somehow perfectible. We do what we can and leave the rest to our Olympian complexes to duke it out. (My vote is for Hermes, dark lord of long roads, the guy who can find the silver hidden in depression’s fog. )

Those who do continue to participate at earthweal (or who are now coming round) stress that changing earth also inspires hope and renewal. There is a drum yet to bang (thank you, Sherry). There is a difference between that false hope which is the fantasy of Oz— over the rainbow free of Depression— and the radical hope of whatever Kanas is and can be beyond the dust storm, through Australia’s corridor of wildfire smoke, in a Cape Town gone dry and an Iran flooding over with coronavirus. There is love in the time of cholera, and there is a poetry of that—sometimes hypoxic and then flourishing.

and I thought—
as though I were suddenly spinning, like a bar of silver
as though I had shaken my arms and lo! they were wings— 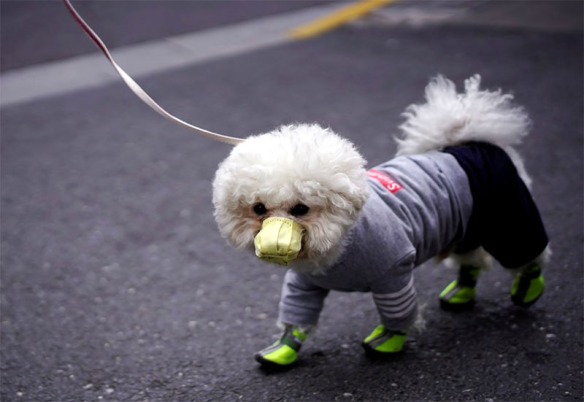