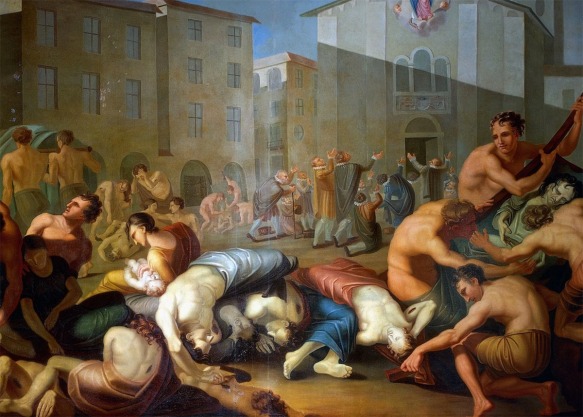 Detail of fresco by Luigi Vacca on the plague of 1630

Thoughts for the post began on a later-afternoon walk though my little town in Central Florida. The day was bright and warm, upper 80s, breezy with spring busting out from every seam. Hard indeed to think about global pandemic and looming catastrophe on so fair a day, but that’s the weird nature of what we’re going through. It’s nowhere to be seen yet everywhere at once. So through this happy green proscenium, let us begin this drama of disaster … 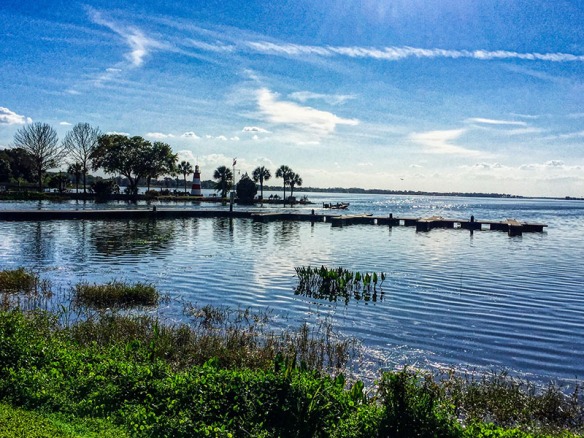 For reality spirals, you can’t beat the half hour on either side of US President Donald’s Trump’s address to the nation the night of March 11. In that short shrieking span you got: An NBA basketball game getting canceled because a center for one of the teams had come down with Covid-19; former Alaska governor and VP candidate Sarah Palin feverishly twerking in a bear suit on The Masked Singer; Trump announcing that Covid-19 was “a foreign virus” that had started in China and banning European travel (causing stock futures to swoon); Tom Hanks announcing that he and his wife had contracted the virus while in Australia; and the NBA later announcing it was suspending its entire basketball season.

“What I wouldn’t give for a dull moment,” CBS Late Night host Steven Colbert tweeted. The next night, Colbert performed his show to a studio empty except for a few staffers who tried laughing hilariously at every joke. This week the late night shows are cancelled. 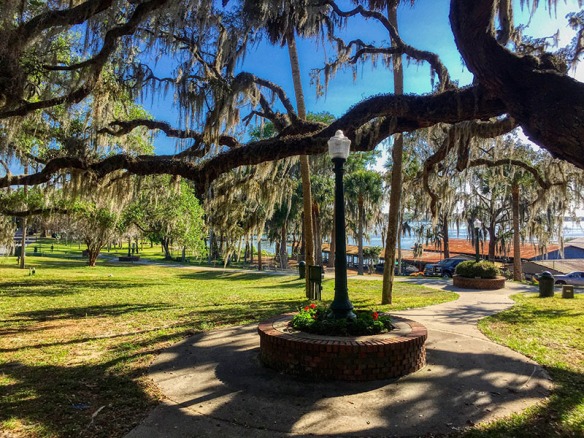 In our media-saturated gaze, pandemic is coming at us with nightmarish slowness (like a molasses tsunami) and then all at once.  And it’s weird, weird, weird—do you find yourself struggling for apt ways to describe it? The visible surfaces appear this way in a 3/14 piece in the Washington Post:

The new life — few are yet willing to call it a new normal — is working at home and becoming starved for contact with even the people you avoid at the office. It’s walking down the sidewalk and examining pedestrians to see whether they might cough in your direction. It’s streaming movies and news saturation, bored kids and calls to check on elderly parents. The dregs from the back of the pantry and a stiff drink at the end of another day of life, suspended.

Dan Zak of the WaPo grappled with the paradoxes of coronavirus this way: “To mitigate, we must collaborate. To collaborate, we must separate. One nation, under quarantine, trying to ‘flatten the curve.’” 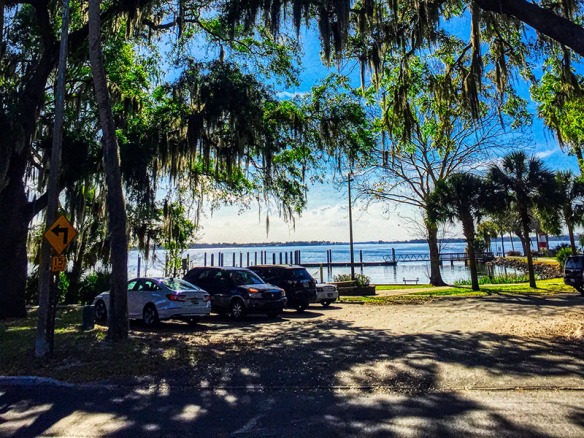 Government responses vary from capable to flaccid to criminal.  South Korea is testing about 15,000 citizens daily, isolating most affected areas and keeping people informed on how to respond and where the virus is spreading. As a result, the coronavirus mortality rate in South Korea is less than one percent. On the other hand, Iranian officials have stayed mum about the disease and its spread, causing the outbreak to spiral. And in the United States, only 11,000 people have been tested—the smallest percentage of testing among developed nations—and there remains small capacity for processing tests, despite false claims of the American president to the contrary. 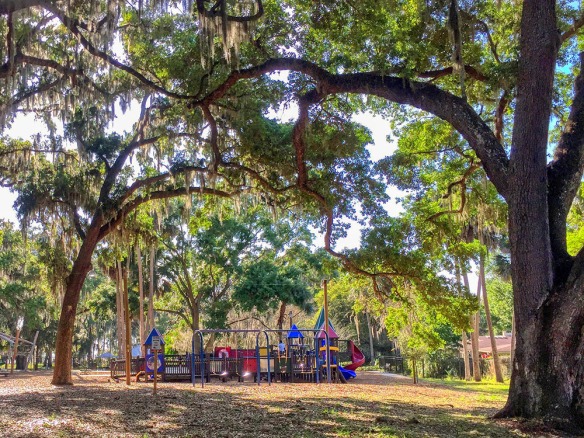 I classify pandemic is an Anthropocene phenomenon. Climate change is a threat multiplier, magnifying local epidemic malaise into global pandemic disorder. Human mobility is a multiplier, too.  A pangolin steps in infected bat shit, is rounded up by poachers and shipped to a distant market in China where the virus leaps from animal to human. Thanks to human overpopulation and mass connectiveness, the virus has the perfect transmission vehicle. With some 1.6 million known viruses and more emerging from shrinking wilderness and melting permafrost, it’s no surprise that the 21st Century is has seen three pandemics so far. Climate change also increases the chances for pandemic through rising heat and humidity and medical infrastructure damage due to catastrophic weather. And for all the bacteria and viruses we know (and most we don’t), we still don’t know how a few degrees Centigrade will deviate their behavior in us.

What we do know about climate change is that the longer we wait to take aggressive action to slow it down, the worse the magnifying events. We’ve seen a dramatic uptick in drastic weather events due to inaction, from flooding in the Florida Keys, the United Kingdom and Jakarta, wildfires from record heat in Australia and heat waves across Europe. They come at us in serially multiplying fashion, with each year somehow hotter and worse than the previous.

So if the slo-motion nightmare vibe is creeping up your back, its just a grander echo of humanity’s slow response to the greater problem. Researchers are calling coronavirus “climate change at warp speed,” and the slow response to the threat by governments around the world have resulted in a dizzy daily cascade of events, with markets tumbling, collective life fragmenting and the specter of infection casting an invisible pall over dailiness. It’s still distant here Central Florida—three days ago when I started this write, there were only 11 cases in all of Florida, a state with a population of 22 million (by Saturday, the count had climbed to 52, and today it’s more than 100)—but three weeks ago in Italy, only 300 cases had been reported, and now there are more than 20,000 infections with a death toll passing 1,400. 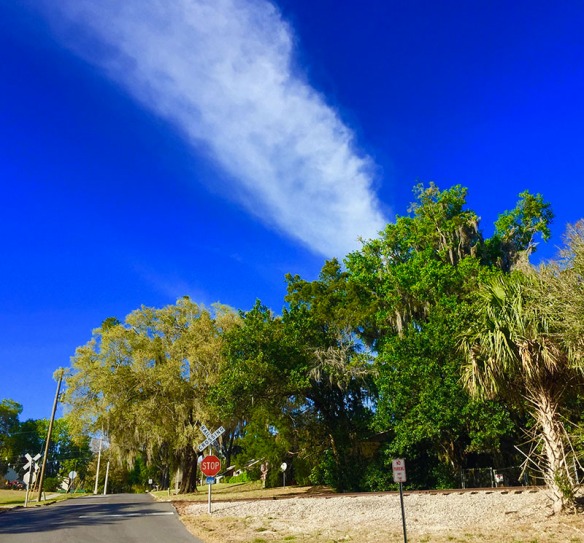 And how quaint these numbers will seem in the coming weeks, when it’s too late to have done more right away.

We are now witnessing the blossoming of the pandemic. Satellite images show mass gravesites being built in Iran. Large gatherings are being banned everywhere. Broadway theaters are shutting down, the St. Patrick’s Day Parade has been cancelled. Spring training for Major League Baseball has been cancelled. March Madness is no more. The Summer Olympics hangs by a thread. Conservative pundits says it’s all a plot to dethrone a sitting Republican president. Conspiracy theorists in China and Russia say that the pandemic is bioterrorism, with the virus created in some secret U.S. lab.

Is your head spinning? I don’t know if it’s just me in my strange new phase of unemployment — how differently days now pass — but the approaching pandemic is so hard to understand and rationally react to and prepare for. The media loudspeakers bray now by the hour with new Big News. (On March 12 the Dow Jones Industrial dropped nearly 10 percent last Thursday, closing down 2,352 points, an all-time record daily decline.) (The next day stocks rose almost as much.) Hard indeed to stay away from the media sites, from Twitter …

And what to do? I’ve stocked up slowly all week on groceries, with a few extra meals ready to be thrown together if we’re in isolation, with plenty of hand sanitizer, wipes and, yes, TP. My wife and her sister need to figure out care for their father who has advanced dementia and is due to go into a facility in a few weeks. (Now we find out the facility is on lockdown.) I can’t tell if potential employers aren’t returning my calls because they are dealing with the crisis or if they just don’t damn need me. Trying to figure out how we’ll eke this out.

And what shall we do while in quarantine? Great opportunity to hunker down and write, of course, but with a world fraying everywhere, what else to expect? Will humanitarian efforts grow in response to disaster or will fear for our personal comfort cause us to wither? Will governments use the opportunity to advance their goals dealing with climate change, or will suddenly cheap oil become license to burn, baby, burn?

Epidemics are no respecters of art. Hans Holbien and Titian died during the Black Death,  Anton Checkhov died of a tuberculosis epidemic which swept Russia in the 19th Century, and the Austrian artist Egon Schiele and French poet Guilliame Apollaire both fell victim to the 1918 Spanish flu.

And yet there are creative responses. William Shakespeare is believed to have written King Lear, Othello, Measure for Measure and Macbeth while the theaters of London were closed during the 1606 recurrence of the plague. (In the background of that, remember that Shakespeare’s son Hamnet was claimed by an earlier plague in 1596). When the Great Plague hit in 1665, Isaac Newton, then a student at Trinity College, used the enforced social distancing to retreat from London to the family estate Woolsthrope Manor where he carried on his studies alone, without the interference of his professors. He would call it his annus mirabilis or “year of wonders,” developing calculus and gazing out at an apple tree in the back yard which formed his ideas about gravity.

I’m hoping our quarantine-enforced backyard vigils will help us to reconnect with something beyond our isolated, fearful homes. Look around and the world is beautiful; it’s full spring here in Florida, and all is a-flush with virginal greens and sweet scents. But it’s hard to keep focused when the invisible sky looms closer. 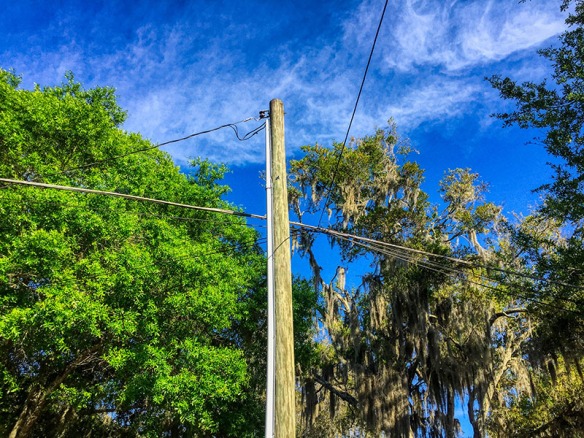 For this weekly challenge, write a poem (or several) about how pandemic is affecting and afflicting things locally for you. How are rhythms changing? What are you finding out about yourself in sweeping crisis, or how modernity is handling this? What unexpected dimensions are coming to view? How is climate change in play? Where are the hidden packets of gold? How is your voice, cadence, rhythm, rhetoric or poetic changing in response? If you were a traditional healer, how would you restore balance? What are the jeremiads of despair, the psalms of hope? Is there a song which is breviary and bestiary at once?

Any news would be greatly appreciated. From what I can tell looking around right now, this pandemic is seriously challenging so many assumptions of human existence and art. Looking forward to your take.