Welcome to earthweal open link weekend #14. Post a poem in whatever theme or mood that suits you. Share something new or a rave fave from the past. Include your location in your link so we get a feel for the breadth of global reportage. And be sure to visit your fellow linkers and comment.

Open link weekend ends at midnight EST Sunday night to make room for Monday’s weekly challenge. March 16 will be the present moment of pandemic and how climate change comes into play. Very interested in finding out through your poetry about the interface of those two global phenomena.

And if any of you are interested in trying your own hand at a weekly challenge, let me know! Would love some fresh DNA in the gene pool.

But for now—sing us a song of whatever and more! 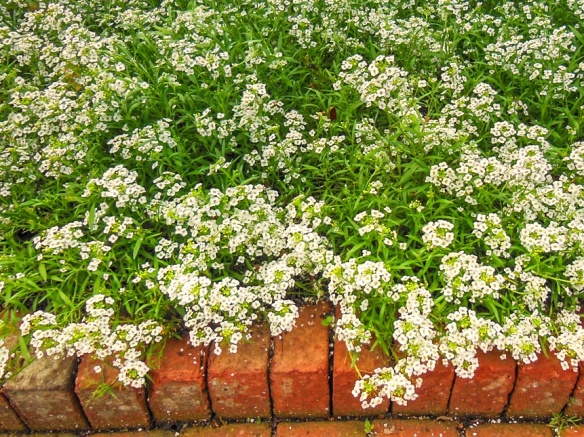 This is the silent spring. The planet has gone quiet, so quiet you can almost hear it whirling around the sun, feel its smallness, picture for once the loneliness and fleetingness of being alive.

This is the spring of fears. A scratchy throat, a sniffle, and the mind races. I see a single rat ambling around at dusk on Front Street in Brooklyn, a garbage bag ripped open by a dog, and experience an apocalyptic vision of vermin and filth.

Scattered masked pedestrians on empty streets look like the survivors of a neutron bomb. A pathogen about one-thousandth the width of a human hair, the spiky-crowned new coronavirus, has upended civilization and unleashed the imagination…

Massively empty communal spaces pair with a bulge on the other side: What a crowded, crowing interior we’ve opened up, Tik-Tokking a strangely blooming inner primrose path. Zooming our collective unsociable mugs. Gaming and binge-watching and tweeting to fill the empty cathedral within. Reading books, perhaps for the first time …

Time had almost vanished in the digital world, and now it is the grand taskmaster. Who knew? Days are chunks, not flows: managerial tasks, not billows of indulgence. In the past month I’ve:  Cleaned out and organized the garage; my dresser; the bathroom; purged every shelf, drawer and file in my study; made lists of tasks in the yard and house, from weeding to planting to painting and fixing; arranged files in my laptop & tweaked pix I had meant to long ago; wondering, all the while, what to do next.

As my layoff approached—I saw it coming for months—I thought about what a month or two of reprieve from work-time might be like when I could just collect up my past and be. I saw all the above projects in the golden light of time I never had enough of: But now that I’m doubled down in off-time—laid off and ground further down from possibilities of employment by pandemic—mostly time now is a burden, the thing one must carry, and duration is gritty towards iron-heavy. Who knew? I wonder now at the well-paid hours I used to lavish and slave in my former career. Then everything counted, sort of, and was well furnished; now everything counts for everything and contributes hardly at all.

And you know? I seem to have less time than ever. Writing these prompts takes time I must begrudge at the cost of other Important Things, though right now I can hardly imagine what they are.

It’s significant that Cohen identifies this time as a “silent spring,” for it unleashes memories of Rachel Carson’s 1962 jeremiad about the poisoning of America through better chemistry. Despite the authority of her claim that DDT was destroying local ecosystems (and reinforced by the massive character assassination campaign launched against Carson by the chemical industry), nearly 50 years later here we still are, with industries still busily poisoning us as ever, for the good of shareholder profit. As dramatized in the recent movie Dark Waters, Dupont Chemical has always known the C8 compound it used to make Teflon coating decreased fertility, lowered birth rates, cancer, liver dysfunction and thyroid disease) and has vigorously fought—right up to the present—attempts to either regulate the chemical or warn the public.

Writing back in 1962, Carson posed a question we still must ask: “As crude a weapon as the cave man’s club, the chemical barrage has been hurled against the fabric of life – a fabric on the one hand delicate and destructible, on the other miraculously tough and resilient, and capable of striking back in unexpected ways. These extraordinary capacities of life have been ignored by the practitioners of chemical control who have brought to their task no ‘high-minded orientation,’ no humility before the vast forces with which they tamper.”

Which brings us to the coronavirus pandemic. Maybe it’s a stretch comparing DDT to coronavirus, but think about it. The coronavirus pandemic is the result of an emptying of forest species to supply a human need which has no basis for need other than vanity or folk belief—products, both of errant humanity. We hunted pangolins to a hair’s breadth from extinction, and one of them en route to our markets carried some infected batshit it had stepped in. Now the human world has been silenced, if only for a time (do not doubt we’ll come roaring back) to contest the surge of a virus which is harvesting in mass numbers the sick, the old, the weak, both physically and financially—a Darwinism unleashed by our own invasive hands. Sorcerer’s apprentice indeedy.

How will we wash our hands of that? Ask Dupont and the intrepid supply chain of poachers and wild markets; it’s the same capitalism at work.

A third conspirator of course is the ineptitude of world leaders like Donald Trump, failing so miserably to prepare and respond to the crisis, especially here in the United States where industry groups have such influence in national policy. (Remember, it was pressure from the national Chamber the Commerce and pro-business advocates like Steven Moore and Art Laffer that had Donald Trump making absurd rumblings about re-opening America  for business by Easter—remember “the cure should not be more harmful than the disease”?) A recent article in Foreign Policy magazine called the poor-to-criminally negligent response of the US government to the pandemic “the worst intelligence failure in U.S. history,” “more glaring than Pearl Harbor or 9/11.”) Donald Trump now echoes Senate majority leader Mitch McConnell’s claim that government inaction is the Democrats’ fault—the White House was distracted by impeachment proceedings earlier in the year when it should have been preparing for the coming pandemic.

Yet the real wonder in the vista of nastiness—the fourth horseman of our apocalypse—is that we US citizens allowed a disease like Trump into office, which says volumes about our indifference and distraction, two qualities pandemic revels in. And despite the cascading awfulness of this guy, he still has a good chance of getting re-elected back into the White House come November. Huh?

Likewise, the inept government response worldwide to this pandemic is no different than the human community’s failure to respond to the climate crisis: Present gain trumps future risk every time. The cruel irony is that the truth is just the opposite: present inaction yields even greater future risk.

As we endure this spring silenced by our own ill-preparation in dealing with the consequences of our behavior, all of the errancies of human civilization find themselves burnished. Authoritarians use government control measures to consolidate power. Domestic violence is soaring. Scammers are taking advantage of fear. Hackers are breaking into Zoom meetings to harass women and sling racial slurs. Here in Florida, gun shops are declared essential services.

Are we lost? Never in one sense. Humanity ever adapts and innovates and responds. We race toward stronger tools, we embrace new methods of coping. We look for silver linings. Cohen himself searches for these:

… Yet, to write, to read, to cook, to reflect in silence, to walk the dog (until it braces its legs against moving because it’s walked too much), to adapt to a single space, to forsake the frenetic, to contemplate a stilled world, may be to open a space for individual growth. Something has shifted. The earth has struck back. Exacting breathlessness, it has asserted its demand to breathe.

Is this silent spring a curse, a gift, or both? That is up to us and our time to decide. The new normal is only the present one, and this pandemic has many chapters to come.

A poem in a recent New York Times Sunday magazine struck a somewhat reassuring, somewhat dissonant chord, which may be the most we can hope for:

HOW TO SURVIVE THIS

O misery. Imperfect
universe of days stretched out
ahead, the string of pearls
and drops of venom on the web,
losses of heart, of life
and limb, news of the worst:

Remind me again
the day will come
when I look back amazed
at the waste of sorry salt
when I had no more than this
to cry about.

Now I lay me down.
I’m not there yet.

My sweet 89-year-old uncle died yesterday. Posing as one of his children, I was able to get past the front desk of the assisted living facility where he and my aunt are now living (places like that are in lockdown) and spent some time by his side. He’d suffered a major stroke and could not speak, but he did squeeze my hand as I remembered out loud all the fun we had as kids when my mom came to visit her sister. How he drove the ski boat around the lake by their house in Orlando all those decades he was on call as a neurosurgeon. How he complained that when I played their Steinway, I never could finish any ditty I started. (Pianos were not made for first drafts.) How he and I would make up couplets about food over dinners my aunt prepared. How he helped pay for my sister’s college and loaned me the money for my DUI fine. I thanked him for always taking care of my Mom and making their house a welcoming place for our family as we all grew up and had kids and worked careers.

I told him I loved him: He squeezed my hand. I talked with my aunt for a while after and then departed, saving my mask in a baggie and driving quiet streets in Orlando while spring spread in silent glory. Later that afternoon as I was planting sweet alyssum in the window boxes,  my cell phone dinged – a text message from my cousin Kitty to say her father had died. I’d seen him in his final hours.

The Florida Department of Economic Opportunity’s unemployment website is down again. Yesterday I got the last of four things on shelves at my grocery store. It’s stunningly beautiful outside. Hardly any traffic goes up and down our street today. The Allman Brothers’ “Sweet Melissa” lingers in my ears as life drones on.  What a world we live in.