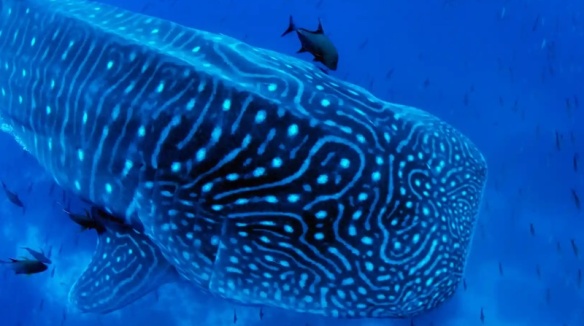 Whale shark off the Galapagos Islands

Everyone’s invited to link a poem—old or new—fitting for the moment.

Be sure to include where on Earth you’re linking from and visit you fellow linkers and comment.

Last call for open links is Sunday night round midnight EST, at which time we roll out the next weekly challenge.

Dun I at Iona, just off the southeastern coast of Scotland

Fiona MacLeod’s essay “Iona” is about an island the author lived on for a time in his youth, the lore of it he learned and the way it grew in his heart as he championed the Celtic Renaissance.

The introduction to that work provides the springboard I’m looking for this week’s challenge.

A few places in the world are to be held holy, because of the love which consecrates them and the faith which enshrines them. Their names are themselves talismans of spiritual beauty. Of these is Iona.

The Arabs speak of Mecca as a holy place before the time of the prophet, saying that Adam himself lies buried here: and, before Adam, that the Sons of Allah, who are called Angels, worshipped; and that when Allah Himself stood upon perfected Earth it was on this spot. And here, they add, when there is no man left upon earth, an angel shall gather up the dust of this world, and say to Allah, “There is nothing left of the whole earth but Mecca: and now Mecca is but the few grains of sand that I hold in the hollow of my palm, O Allah.”

In spiritual geography Iona is the Mecca of the Gael.

It is but a small isle, fashioned of a little sand, a few grasses salt with the spray of an ever-restless wave, a few rocks that wade in heather and upon whose brows the sea-wind weaves the yellow lichen. But since the remotest days sacrosanct men have bowed herein worship. In this little island a lamp was lit whose flame lighted pagan Europe, from the Saxon in his fens to the swarthy folk who came by Greek waters to trade the Orient.

Here Learning and Faith had their tranquil home, when the shadow of the sword lay upon all lands, from Syracuse by the Tyrrhene Sea to the rainy isles of Orcc. From age to age, lowly hearts have never ceased to bring their burthen here. Iona herself has given us for remembrance a fount of youth more wonderful than that which lies under her own boulders of Dûn-I. And here Hope waits.

To tell the story of Iona is to go back to God, and to end in God.

(Iona” first appeared in The Fortnightly Review in March and April 1900, was put into book form in the same name in 1905 and in 1911 was anthologized in volume 4 of MacLeod’s collected works.)

A simple, almost nondescript island in the Hebrides (there are more than 40 in all, most uninhabited), Iona also has been a magnet for spiritual expression for millennia. Iona was a druidic island before the arrival of St. Columba in 563 AD, and before that it was sacred to the moon-goddess Ioua. Once there were 360 standing stones around the island’s margin; an Iron Age fort once stood on Dun-I; a Christian monastery flourished for centuries, was destroyed several times by Vikings, sat fallow for centuries and then was rebuilt. Irish Catholics include it in their sacred pilgrimages along with St. Patrick’s Purgatory and Station Island. Tourists come from around the world to revel in its sacred landscape. My father visited there several times over his life, had a seminal encounter with something there in 1977 and used that to cultivate his own sacred landscape in Eastern Pennsylvania. Some of his ashes rest near Dun I.

I never visited the island, but it has been a permanent fixture in my spiritual geography for the past 40 years. (The name of my blog Oran’s Well derives from such a spring called Tobar Odhrain near Dun I, also called The Fountain of Youth, now lost; other similarly-named wells are found on nearby islands like Colonsay and back in Ireland.) Iona is a place where the veil is thin. It is located far away yet deep in me, of a past which is somehow wound in my fate; the work of resident energies became my father’s which are also mine as well as any who treasure and further thin places and resonant energies.

What makes a landscape sacred? From what do wells and mountains and rivers and islands inherit their power? Long habitation and use? Leys and magical rooks? Unconscious cultural material which has followed us for hundreds of thousands of years? Innate animal affinities which provide us with our native compass and speak our origin myths? 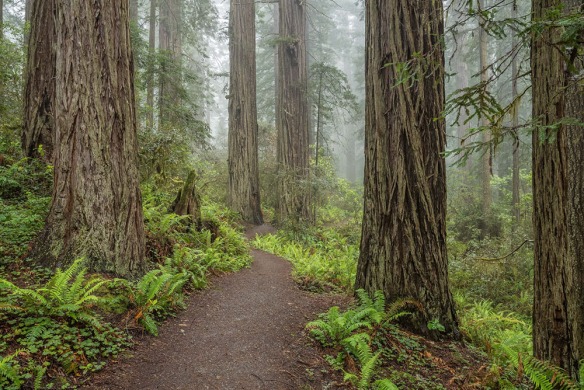 I’m leaving that up to you to answer. For this week’s challenge, imagine a place that is important to you, perhaps magical or spiritual. What makes it so for you, and how have you kept a relation with that place over the years? Is it a real place or an imaginary one? Have you lived there or only dreamt of visiting it? How has it affected your poetry? And how might it be affected by climate change and a fast-evolving humanity? (Iona was stripped of much of its cultural magic when the Gaelic language was lost to modernity—some would argue that its Christian foundations have slipped away, too–sadly for many, it is empty buildings and eternal wind.)

Think of: vistas like the Grand Canyon; depths suggested by the keel of a boat far at sea; the vastness of stars above and beyond; old-growth forest canopies waterfalls and sweeping fields; Edens and primaveras; gods and goddesses of place; the language of a culture wound into particulars of place-names; the wonder-worlds of childhood and fable and storybooks; the heart which is intimate with such places and calls them home.

Is there a sacred landscape in this world for you? Gather round and help us weave those shrines into a sacred Earth!

Here’s a chance to share something from your wider repertoire, whether brand new or goldie oldie.

Be sure to include your location in your link and honor your fellow linkers with a comment.

Last call for open links is Sunday night round midnight EST, at which time we roll out the next weekly challenge. (Thanks to Sherry for a great job hosting the challenge this past week; and to all for so many great responses!)

The heart that breaks open
can contain the whole universe.

Mother Earth is sending us urgent messages in wildfire, floods, tornadoes, the CO2 index, and record-breaking temperatures. The wild ones, too, are speaking. I think of Tahlequah, the mother orca who carried her dead calf on her nose, in grief, for seventeen days and could not let her go. The Tla-o-quiaht people, here in Clayoquot Sound, teach that every creature is a being, as worthy of life and respect as we are. They tell of an orca who accompanied the boat carrying a dead chief all the way to his island home. They believed the orca was the chief’s brother, come to accompany him on his final passage.

One of our online poets had a three-day visitation from an owl, recently, who chose her yard in which to do her dying. I believed at the time the owl carried a message for her. The poet, sadly, was diagnosed with cancer soon after. It sounds like it has been caught in time, perhaps thanks to the owl, who gazed at her intently, soul to soul, for the days she visited.

Two weeks after my mother died, I was driving towards her farm when, (it felt like in slow motion), an owl flew across my windshield, so close I could see every feather. Her head was turned towards me and our eyes met as she made her passage into the forest, still looking back at me. It felt like time had slowed. Somehow the car was still moving and on the road, yet I can still feel the slow suspension of those moments, our eyes locked. I knew an oracle had been, with a message for me from my mother.

I have a poet friend who is visited often by wild creatures. She has dreams filled with the cries of the wild ones, who bring her messages because she is a seer, a woman of the drum, who can carry their voices to the rest of us.

I worked for many years at a First Nations healing centre where families came to heal from addiction issues. We had a ceremony called the Healing of Memories, where we gathered in circle around an outdoors fire, and people wept as they threw their written messages of pain into the fire, to lessen their burdens. Eagles never failed to show up and circle slowly overhead  till we were finished.

I lived with my own wild one for fourteen years. Pup was a wolf-dog, found at the healing centre, close to death, as a tiny puppy. I took him home and fed him and he grew. He was a wild one, and he led me a merry chase! He did not want to leave me when he died. The next morning, right around the time his body was going into the flames, I woke up feeling his snout on the edge of my mattress, and heard his gentle whuff, the way he had woken me for all those years. He had come one last time to say goodbye. This still makes me cry.

These days I am hearing of rivers being given the status of personhood, to protect their rights. Our opportunity now is to recognize what indigenous people have always known, that everything has consciousness: the sea, rivers, trees, animals. We need to save the wild, not just for ourselves, but for all the wild ones of every kind: animals, birds, sea creatures. All our relations.

We have seen the photos of starving polar bears in the melting north, sometimes only skin and bone by the time they expire. We heard the cries of the burning koalas and kangaroos of Australia. But then another crisis came, and another.  The pangolin and the barbecued monkeys and dogs from the wet markets of Wuhan have brought us a profoundly life-altering message in the corona virus. We did not heed earlier warnings, so the lessons are being repeated more strongly.

For today’s challenge, let’s contemplate messages from the wild.

Have you had an encounter with or a visitation from a wild creature? Do you have a totem animal with whom you identify? Or do you share life with a less-wild creature, and have a story to tell about communicating with another species? For we do communicate with them, and they with us, as any dog or cat or horse-lover understands very well.

Write whatever comes up for you. There is sadness in how the wild ones are suffering. But there is also such wonder and privilege in sharing this world with them; such gifts given us by the animals who honour us with their trust. Since their messages are non-verbal, we have the opportunity to speak for them. You might wish to relate an encounter. Or you might speak as a particular wild creature, as we do in the Council for All Beings, giving voice to what the animals wish and need us to understand.

The animals hold my heart, always, so, whatever you write, I will read your poems with such delight.

Celebrate earth poetry with a link and a letter from your world to ours.

Be sure to include your location in your link and honor your fellow linkers with a comment.

Last call at the linkgarden is Sunday night round midnight EST and then we clear out for the next weekly challenge where Sherry takes up the reins again with a challenge she titles MESSAGES FROM THE WILD.