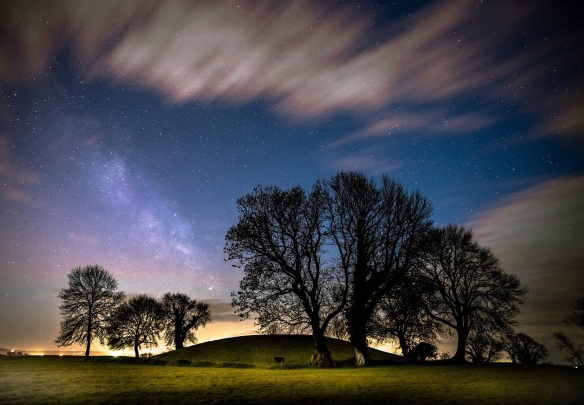 Greetings to all an a happy Samhain. Thanks to all for so many beautiful and/or harrowing contributions to our Hallowed Moondance challenge.

For this week’s challenge, I thought it wise to say humble and close to the earth while my fuckup of a superpower homeland descends into election-day madness . (Buckle up.)

A lot is riding on the Nov. 3 election. The incumbent administration formally takes the United States out of the Paris Climate Accord on Nov. 4. It has installed political staff who are challenging climate science in the National Oceanic and Atmospheric Administration and recently eliminated federal protections of grey wolves as it continues is fight against the Endangered Species Act. Re-electing Four more years of the current crookery is sure to hammer some dreadful nails into the Earth’s coffin.

OK: I’ll settle down. Everyone in this country has their fingers crossed that the election will be peaceful and orderly with an unchallenged victor as the result. But these are not normal times. Days and nights will be unquiet. Social media will foam and foment. With the amount of polarization in this country, the losing side will feel cheated and thrown into disaster—totalitarianism if Trump wins, socialism if Biden wins.

Whichever way the elections goes, some kind of sanity will have to breech the gap. Not an easy thing with madness is already rife in the land. Mortality rates for middle-aged Americans are soaring due to opioid overdoses, terminal alcoholism and suicide. The squawk channels are hysteric and misinformation is rife. And then came the pandemic …

But sanity must prevail … or else …

This week I’ve thought a lot about Mad Sweeney. In the 17th-century Buile Suibne, Sweeney is an Irish king/poet/warrior of the late Iron Age who ridicules St. Ronan and in return is cursed with madness. He grows feathers and alights for the trees where he lives out his days and nights, bemoaning the cruelty of the cold winds and his meager fare of berries and watercress where indoors there is feasting and singing by the hearth. (Remember that old Irish poets sang their praises wearing a feathered robe or tuion.)

The Mad Sweeny tale roots back far into the oral literature. Merlin goes mad after watching the armies of the Britons and the Scots collide, retreating to the forest where he builds a tower esplumoir (falconry) high up a tree, reading the stars and thriving far from the cruelty of men. The Welsh god Lllew Llaw Gyffes (associated with Irish Lugh) is mortally wounded and undergoes a transformation into an eagle high up an oak tree. There are faint traces of tale between a primordial religious order resident in the sidhe and the invading Tuatha de Danaans, where a priest of the old order watches the destruction of his priesthood and flees into the sacred grove.

Literature has frequently taken up the tale. There is a poem in the 12th century Welsh Black Book of Carmathen joining Suibne and Merlin with St. Columba, who has gone mad from his crime of stealing a psalter and killing many men in battle when the king demands he return it. He is excommunicated and then exiled to Iona, the first island across the Irish Sea from which no one could look back and see the homeland. His grief and penitence runs deep:

I have burnt a church, killed the cows of a school,
I have thrown the Book in the waves,
I am heavily punished.

… A whole year I was placed
at Bangor on the dam-stake.
Imagine what pains sea-worms have inflicted on me …

Shakespeare entered the story with his mad King Lear, an old fool descending into dementia and the rages of Alzheimers. There’s nothing like royal petulance—my wife’s father (now in memory care where COVID is spreading like, well, the plague) has displays similar to Lear’s as he screams back at the tumult, flailing for control—

Blow, winds, and crack your cheeks! rage! blow!
You cataracts and hurricanes, spout
Till you have drench’d our steeples, drown’d the cocks!
You sulphurous and thought-executing fires,
Vaunt-couriers to oak-cleaving thunderbolts,
Singe my white head! And thou, all-shaking thunder,
Smite flat the thick rotundity o’ the world!
Crack nature’s moulds, an germens spill at once,
That make ingrateful man!

Indeed. The Phillippines have just received a wallop of Lear rage by Super Typhoon Goni, the most powerful storm to hit land at 195 mph, in a country reeling from two typhoons in the previous weeks.

There have been many later adaptations and translation of the tale, by T.S. Eliot, William Butler Yates and a 1983 translation by Seamus Heaney. I’ve been reading Heaney’s book-length translation all week as my All-Hallows dig for this year. It’s a lonely, cold and mad tale, yet it is richly absorbed in the wild world and its raw comforts. Sweeney’s suffering and madness is real; he can’t escape the panics and terrors which cause him to leap from tree to tree and glen to plain; yet wolf and stag, bee and bird take him up in a choir of nonhuman nurture. Occasionally he runs into other madmen who speak of their own torments, there is a place called Glen Bolcain which is a sort of natural asylum where the mad gather. Though he has fled man and church, the natural environs are beloved to him:

From the cliff on Lough Diolar
to Derry Columcille
I saw the great swans, heard their calls
sweetly rebuking wars and battles.

From lonely cliff-tops, the stag
bells and makes the whole glen shake
and re-echo. I am ravished.
Unearthly sweetness shakes my breast.

Heaven on earth, perhaps, far from the battle-rage of humanity. In the end, Sweeney is cared for by St. Molios who find compassion for the sick man. Sweeney is mortally wounded by an angry swineherd, but he is revived from death by Molios long enough to confess, repent and take communion (this is a Christianized version  of an older tale) and enters Heaven in the end.

Back in the mid-1970s, anthropologist Nancy Scheper-Hughes studied schizophrenia in rural Ireland, there and then the most rampant in the world. Exceptionally vulnerable were bachelor farmers between the ages of 25 and 40 who lived alone, were childless and celibate. Since the Second World War, rural Irish society was in decline due to emigration, malaise, unwanted celibacy, damaging patterns of childrearing, fear of intimacy and suicide. Who wouldn’t go mad?

Scholars, Saints and Schizophreniacs: Mental Illness in Rural Ireland (1981) made it clear that Sweeney’s ills are as present in rural Ireland of the 20th century as in the 8th or whenever tales of madness in the wood first originated. Madness is personal, but it has a cultural source. The digital world (especially and exceptionally in social media) seems to be accelerating the malaise. As this US election season shows, swiping is a path with vast inroads to madness.

(Today, the highest rate of schizophrenia for men is in Japan; for women, southeastern Europe. African Americans are twice as likely to be diagnosed with schizophrenia than their white counterparts. People with untreated mental illness are 16 times more likely to be killed during a police encounter than other civilians. Most recently, a black man in Philadelphia erratically waving a knife who was shot and killed by police suffered from mental issues. About 60 percent of schizophrenic males have attempted suicide.)

It certainly doesn’t help when the world is crazier than our personal fevers. Like a pandemic grown out of control (nowhere is it worse than in my homeland), it’s impossible to tell where it comes from or who will come down with it next. 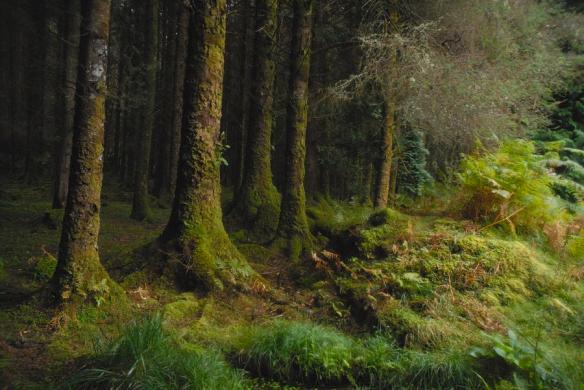 Lately in my early morning walks (a blessed compensation for my new work-from-home job), I’ve taken to meditating on the trees I walk by, inviting them to take root in the forest of my mind. (Who knows how long they will last where they are, and they are so lonely and separate from each other.) Ot is a deeply quieting activity. And throughout the day, when my thoughts race around bad and/or fearful news (there is so much), I return to the green bower and settle there.

We’ve also re-done our home office with new shelving and file cabinets, so for the first time in 15 years I have my entire library—books, journals, studies, papers—visible to me in one sweep.

Forest and library come to occupy the same glen between my ears. Maybe they were always there, but the conscious work of aligning both seems to be making something sturdier take root.

For this week’s challenge, write of what steadies and balances your mind. How do you keep it green?