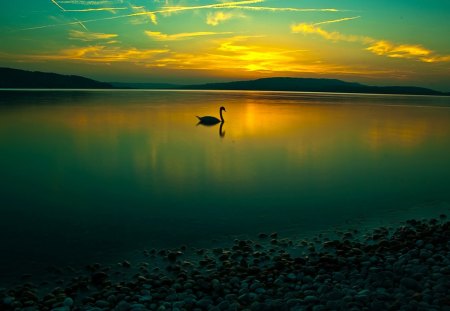 So many die of COVID-19 these days, their passing is lost in the whir and blur. Some news outlets try to remember them. At night the PBS News hours tells a brief story about five victims. The New York Times has tried to kept a paddle in the water with obits of important people we’ve lost — opera bass-baritone Antoine Hodge, age 38; Raymond Cauchethier, New Wave photographer, age 101; Claudette White, innovative tribal judge for the Quechan tribe in California; Elizabeth Duff, Nashville’s first bus driver, age 72; Dr. David Katzenstein, virologist and AIDS researcher, age 69; Rosemary Collins, high school chorus teacher and church music director, age 51. How to measure each loss, how to sum the whole?

The global COVID pandemic grinds on into its second year with hopeful and distressing signs in its massive, complex and invisible works, the vaccine become slowly more available and troubling mutations threatening. A fourth wave is possible if humankind acts like it lives in Florida and ignores all warnings in its hurry to return to normal life, a hope as retro as Donald Trump in the Hall of Presidents at Disney World.

What is remarkable to me is that for all its deadly impact on human health and harsh effect on the world’s economies, we arrive at this moment largely blind and silent about the pandemic’s presence in our lives.

Historians have noted that the Spanish Flu epidemic was soon forgotten in the world’s hurry into the Gilded Age. 50 million died of the disease worldwide, and yet there are few public memorials. (The Great War killed about 20 million.) Here in the United States, 500,000 citizens have died of the disease in the past year with about 3,000 more succumbing every day in recent weeks. And yet there is little mention of it where I live, except in anticipation of when we’ll see a vaccine. The dead are out of sight, and long-term sufferers are sequestered. Out of sight, out of mind.

Visualizing an invisible plague remains problematic; we see it less for what it is than what it does, like some gravitational wave warping the galactic weave. Helen Lewis wondered about the lack. of defining COVID images in a recent Atlantic piece; if it has to do with “the essential weirdness of this pandemic”:

It is a novel event in which nothing truly new is happening: People are staying at home, people are dying in hospitals, people are socializing in small groups or not at all. How does a picture of a woman standing at her window convey that she doesn’t just happen to be there for a moment, but has been trapped inside for months, shielding her fragile immune system?

… The challenge of documenting the coronavirus is to show how our existence has been put on hold, how time has telescoped while our horizons have contracted …  I would love to see visuals that show our time-lapse lives: the steady degradation of a home that is now an office, playground, school, coffee shop, and bar all at once, day after repetitive day; the slow blooming of beards as shaving became a needless task; the monotony of another day in jeans and socks as a wardrobe full of clothes hangs idle, with no parties or conferences to attend.

One wonders if something so resistant to imagery is worth noticing at all. I mean, there are lots of fish to fry these days, or rather lots of fish frying. Western democracies are convulsed, digital media is driving us nuts, bad guys abound.  Modernity moves so fast. Lada Gaga’s dogs were stolen, native languages have vanished and McDonald’s is trying to figure out a chicken sandwich.

Climate change is another invisible monster, perhaps the shadow twin of pandemic. (Or its monster grandsire.) Hundreds, thousands, millions of animal species are going extinct because there are too many carbons in the atmosphere and humans can’t and won’t stop spewing them. A 60-million-year march since the last great extinction is fast coming to an end in the next one, and happening so fast that even those cosmic blip humans can hardly see the crash of geologic time.

Back to Helen Lewis’s article, she sees a dire point to being able to memorably see the pandemic:

… We need photographs of this pandemic because we need to remember it collectively. We need to fix the coronavirus crisis in our minds, so we can stand back and consider the upheaval of our lives. We must remember the scale of the challenge faced by politicians, epidemiologists, health-care workers, vaccine researchers, and the clunking bureaucracies that silently run our lives—and remind ourselves which of those groups rose to the occasion, and which did not.

In a decade’s time, we will need to stop the dead from slipping into the mist, along with the failures that helped send them there. We need to see what happened—so that, later, we can all agree that it did.

The pandemic is one of many great challenges for poets these days as we try to articulate the momentousness of what is happening all around us and in our very bodies. Are words sufficient? We must clearly try.

Poetry I think is valuable for this moment because it has descriptive gears for the unsayable.

Donald Hall writes about the secret rooms which poetry can explore, not so much that we may understand them as to detect the presence of the invisible:

Friends of ours bought an old house in the country, a warren of small rooms, and after they furnished it and settled down, they became aware that their floor plan made no sense.  Peeling off some wallpaper they found a door that pried open to reveal a tiny room, sealed off and hidden, goodness knows why: they found no corpses or stolen goods.

The unsayable builds a secret room, in the best poems, which shows in the excess of feeling over paraphrase. The room is not a Hidden Meaning to be paraphrased by the intellect; it conceals itself from reasonable explanation. The secret room is something to acknowledge, accept, and honor in a silence of assent; the secret room is where the unsayable gathers, and it is poetry’s uniqueness. (“Poetry: The Unsayable Unsaid,” Copper Canyon Press, 1993)

The unsayable unsaid gathers — briefly, for a song — in gossamer nets of words we little understand and fabricate without much understanding, meant but mostly accidental clusters of words and dreaming rhyme.

The unsayable begins with an ill-defined, unlocated, peripheral entity we usually call “it” which slowly defines itself as door then room then altar then chalice filled with an unsayable potency the words can yet calibrate as drunkenness or wonder or grief. Sherod Santos explores “it” in the title poem to his 2003 collection The Perishing:

It began as a sound in the nettle trees
that grew along the runoff ditches near the leak,
the whisper of a dry wind rattling the leaves,

the unsettling air adrift with ash.

It began
as a sound, though hushed and small,
that in no time at all became a constant
and upwelling thing, the soft chorale
of something unsayable slipping away,

thinning out like an inwardness
over the mineral waste, or like a memory lost
in the evanescence of remembering.

Over
the burning lake it passed, this sound,
and even as the feelings it awakened in us
seemed gathered up into its passing,

tinged with the nothingness still to come,
it luffed and flared and coalesced
into shimmering planes of vanishing,

An immense, chimeric seepage
through some misweave in the weft of things,
for it was we eventually came to see

Of our own perishing,
the all-but-unthinkable erasure
that’s both part of and apart from us,

a supersession so absolute,

so attuned to the particulars of our lives,
that even though it’s there
in everything we’ve done, in every shadow
of the broadcast moon,

We barely think
to miss it now the time has come
to imagine ourselves all over again,
to imagine us as we’d been before

we heard that sound in the nettle trees
and recognized it for what it was.

Presence and absence are partners here: We see what isn’t and say it is, it ghosts us leaving a fading imprint on a windowpane.

For this challenge, write about the unsayable. Describe the unsayable nature of the pandemic we are still fighting our way through. Is it the event which is best known or seen by its shadows and ghosts? What tools in the poetic repertoire are there for describing and naming and calibrating it? How is it akin to the slow but tidally monstrous impunity of climate change? Where does it differ? Are there other invisibilities to which it is akin, from digital mayhem to grief to galactic waves? Are there songs for the dead? How has the future landscape changed?