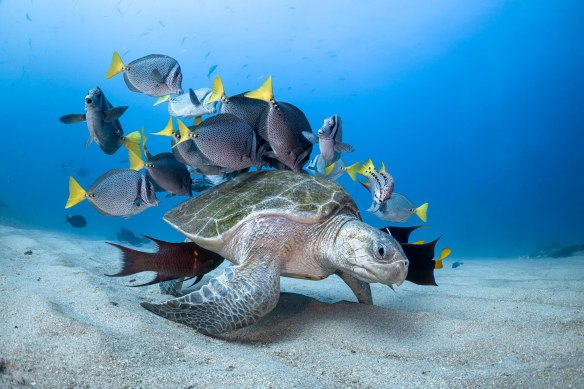 I want to start with a quote I used in last week’s challenge, from novelist Arundhati Roy:

The first step towards reimagining a world gone terribly wrong would be to stop the annihilation of those who have a different imagination—an imagination that is outside of capitalism as well as communism. An imagination which has an altogether different understanding of what constitutes happiness and fulfillment. To gain this philosophical space, it is necessary to concede some physical space for the survival of those who may look like the keepers of our past, but who may really be the guides to our future.”

An imagination which has an altogether different understanding of constitutes happiness and fulfillment. — In this earthweal wold, that would be a green imagination, cultivated and composted in our poems, as a radical alternative to the limited horizons on of an only-human culture. It means that turning points away from the dead-ending of nature await in every next poem.

I for one am delighted in the notion that it’s not all cliffs and screams in the dark. A green imagination is not determined by the ends of only-human culture, nor can it be so managed. Yes, we are living into the brutal reality of an over-human Earth, a preter-human world of capitalism and endlessly powerful tools, all of which threatens to deliver us to an lonely human world and then a completely dead one. That is not the only possible end to the story!

Our world teems with possibility, but humankind has plowed straight path through it.  Whalers of the 19thcentury slaughtered 300,000 whales helping the new industrial economy keep the lights on and whalebone corsets tight. And for every catch recorded, many more fled off wounded to die. In the century, commercial whaling interests killed about 3 million whales until the populations all but vanished.

Preservation efforts now try to save whales from extinction, but the minimums are not sufficient to save their teeming. In Fathoms: The World in the Whale, Rebecca Giggs wonders if “what we call extinction would ever be expanded to include the disappearance of animal cultures, as well as animal species.”

A focus on animal abundance means that endangerment may not be the threshold at which our concern for a species warrants interventions to preserve it; preserving numerousness might matter more in ensuring resilience of ecology, and all organisms that compile it. Likewise, diversity within a species  –  the diversity of cultures, say, as it is represented by ecotypes — is one thing we miss when we concentrate on numerousness alone and disregard the located histories of populations of animals. That three may be individuals of a species held in one zoo can lead us to overlook the importance of preserving distinct, separate groups of one species of animal, in multiple different environments.

The resilience of a species might be expanded by its cultural diversity, which increases the opportunity for a greater range of adaptations to novel threats. So it matters not just that we sustain populations of animals, but that we preserve the evident range of possible contexts in which they can continue their unique behaviors. (133)

To write of the earth is to offer voice to the environment in which we live. Every poem teems with possibility.

In some important even radical way, we have to step outside of our only-human world to find that witness. David W. Orr writes in Ecological Literacy: Education and the Transition to a Posmodern World that reading, writing, and calculating are primarily “indoor” skills. “Ecological literacy . . . requires the more demanding capacity to observe nature with insight, a merger of landscape and mindscape.” It is driven by a search for knowledge, a sense of wonder, and “sheer delight in being alive in a beautiful, mysterious, bountiful world.” Without that affinity for with all living things, literacy of any other sort will not much help. He also states that development of an affinity for the living world is dependent on aesthetic appreciation of all that is beautiful and alive in the world. It means developing a sense of place, which requires more direct contact with the natural aspects of a place—with soils, landscape, and wildlife.

How passionate must we in this? Kathleen Dean Moore, director of the Spring Creek Project for Ideas, Nature, and the Written Word at Oregon State University, put it this way:

To love—a person and a place—means at least this: 1) To want to be near it, physically. 2) To want to know everything about it—its story, its moods, what it looks like by moonlight. 3) To rejoice in the fact of it. 4) To fear its loss, and grieve for its injuries. 5) To protect it—fiercely, mindlessly, futilely, and maybe tragically, but to be helpless to do otherwise. 6) To be transformed in its presence—lifted, lighter on your feet, transparent, open to everything beautiful and new. 7) To want to be joined with it, taken in by it, lost in it. 8) To want the best for it. 9) Desperately. (quoted in Bruce)

Desperately but not despairingly. We are only alone in this only when we think so. The world teems around us. We have only to listen, nourishing a habitation akin to the Wendell Berry poem “The Peace of Wild Things”:

When despair for the world grows in me
and I wake in the night at the least sound
in fear of what my life and my children’s lives may be,
I go and lie down where the wood drake
rests in his beauty on the water, and the great heron feeds.
I come into the peace of wild things
who do not tax their lives with forethought
of grief. I come into the presence of still water.
And I feel above me the day-blind stars
waiting with their light. For a time
I rest in the grace of the world, and am free.

Heather E. Bruce, director of the Montana Writing Project, wrote a seminal essay in 2011 about the teaching of eco-literature, “Green(ing) English: Voices Howling in the Wilderness.” In it she outlined teaching approaches to teaching the reading and writing of environmental literature.

English teachers specialize in questions of vision, values, ethical understanding, meaning, point of view, tradition, imagination, culture, language and literacy—“keys to today’s environmental crises at least as fundamental as scientific research, technological know-how, and legislative regulation” (Buell  5). Our expertise in addressing the aesthetic, ethical, and sociopolitical implications of the most pressing human concerns of our time enable us also to reach toward embrace of environmental problems. In doing so, we can engage those in whose power change will occur more likely than scientific explanations alone might. It is in these ways that we can make a substantial contribution to environmental awareness and citizenship.

As the embodiment of that teaching, our poems can’t innovate carbon capture at scale or stop oil extraction, but they can be an alternate energy source for the imagination. We can fuel humanity’s yearning for an Earth in teeming weal!

For this week’s challenge, TEEM. Write a poem that introduces the reader to the environment you live in –a landscape shaped by time with a culturally diverse ecosystem (with human, animal and non-animal elements). Widen the focus, deepen the gaze and green the voice. Be wild. Gallop and fly and dive a textures of suburban spring afternoon. Language is your friend and opponent here: be florid and peculiar but particular. What is in the petri dish of the verse-captured moment that undulates and cavorts and cha-cha-chas at the end?

Let’s give those teachers of green English a teeming harvest!

WALKING ABOUT IN THE EVENING

narrow: all this gold, though a man just
down the street died young today:

I think to chasten the brook,
its diddle-flickers too brilliant

catching sundown, that it run smooth or
bend evenly for a change: but brooks

pay no mind: and, anyway
maybe the flickering shells out a magic

that will spell this man over millenia
back to a prefect reconstitution in light.

I try to look at landscape as though I weren’t there,
but know, wherever I am,
I disturb that place by breathing, by my heart’s beating—
I only remember things that I think I’ve forgot,
Lives the color of dead leaves, for instance, days like dead insects.

Most of my life is like that,
scattered, fallen, overlooked.
Back here, magenta rosettes flock the limbs of the maple trees,
Little thresholds of darkness,
Late February sunlight indifferent as water to all the objects in it.

Only perfection is sufficient, Simone Weil says.
Whew …
Not even mercy or consolation can qualify.
Good thing I’ve got this early leaf bristle in my hand.
Good thing the cloud shadows keep on keeping on, east-by-northeast.

A CERTAIN KIND OF EDEN

It seem like you could, but
you can’t go back and pull
the ruoos and runners and replant.
It’s all to deep for that.
You’ve overprized intention,
have mistaken any bent you’re given
for control. You thought you chose
the bean and chose the soil.
You even thought you abandoned
one or two gardens. But thos things
keep growing where we put them—
if we put them at all.
A certain kind of Eden holds us in thrall.
Even the one vine that tendrils out alone
in time turns on its own impulse,
twisting back down its upward course
a strong and then a stronger rope,
the greenest saddest strongest
kind of hope.