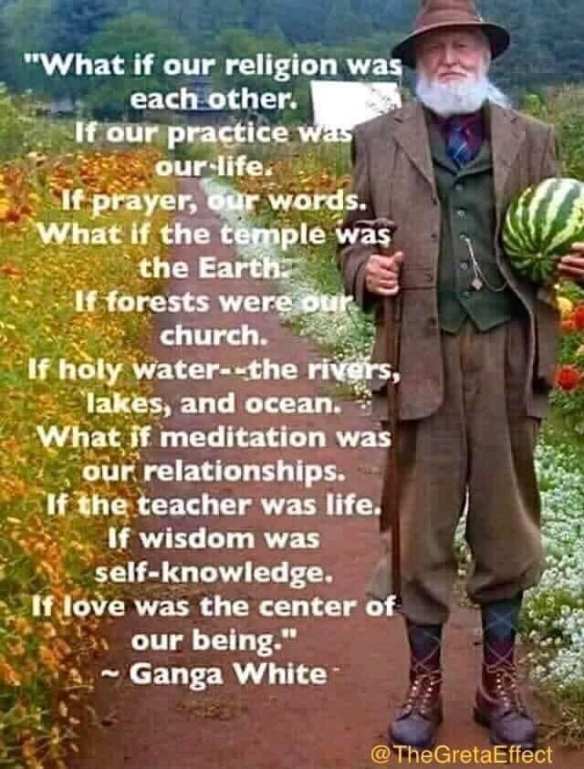 The ‘nothing’ that so many people are doing
is inexcusable inaction in the face of indisputable harm.

Where to start, with Ukraine being bombed into rubble, a small country of heroic people fighting off a major super-power, as the rest of us watch? I go very quiet, just trying to stay steady. Wild grief, but trying to hold onto wild hope, though the accelerating climate crisis has once again been sidelined as we deal with yet another crisis.

There is an existential threat to democracy from this war  – and to our survival on the planet, as Putin utters nuclear threats to deter NATO from direct involvement. Russian soldiers firing missiles at the Chernobyl nuclear reactor displayed a chilling display of ignorance about the possibility of a nuclear chain reaction, if a facility is either accidentally or deliberately activated. Reporters have expressed horror that the Russians, who held the staff captive (and then took them to Russia as prisoners), had no clue how the reactor worked; staff had to keep them pacified in order to avert disaster. As it was, the Russians dug trenches in radioactive soil around the site, likely exposing themselves to radiation.  Recently they fired upon another reactor, the largest in Ukraine.

Given the scope of this threat, it is understandable that governments and populations are sidetracked from the climate crisis – but it is happening whether or not we pay attention. It is a lot to process, to carry in our hearts and minds. It is a lot to live through, most especially for the Ukrainians, who are having this horror imposed on them.

Meanwhile, in March, NASA reported 178 wildfires were already burning in Texas. I Googled a map of current fires in the eastern USA and the number is shocking. Australia had torrential rainfall this month, receiving a month’s rain overnight. Thousands were ordered to evacuate in Sydney. Because the war is so terrible, we barely hear about these other disasters.

But recently, the Inter-Governmental Panel on Climate Change warned that we are not shifting quickly enough to a low-carbon economy. It warned “catastrophic and irreversible upheavals can only be averted by urgent action now.” Daniela Schmidt, a professor at Bristol University and one of the authors of the report, said “The war in Ukraine is a terrible tragedy. But we seem blind to the fact that an even larger and existential crisis is already unfolding – one that will result in a global humanitarian crisis never seen before.”

The report states heatwaves, drought, wildfires and floods are “already exceeding plants’ and animals’ tolerance thresholds, causing cascading impacts. Millions of people are exposed to food insecurity in Africa, Asia, Central and South America, small islands and in the Arctic…….Families everywhere fear being pushed into poverty by inflation.”  North America experienced supply chain problems this year due to chain disruptions caused by the so-called “Freedom Convoy.” That showed us how vulnerable we are, and points to how we need to become more locally and regionally self-sufficient.  Importing goods from across the world, when they are available closer to home, just adds to the global carbon footprint. Shopping locally and regionally is one thing we can do to help, along with driving less.

“Governments, the private sector and civil society need to work together to safeguard and strengthen nature, because healthy ecosystems are more resilient to climate change,” Ms. Schmidt stated.

Let’s take a look at a climate graph to see how various countries are doing. Brace yourself; the news is not good. The worst offenders are the richest countries. Capitalism is a resource extractive system. And corporations are not about to voluntarily give up the gravy train; they have to be made to do so. It looks like it is up to we folks on the bottom to demand it, because those on the top are dragging their heels. 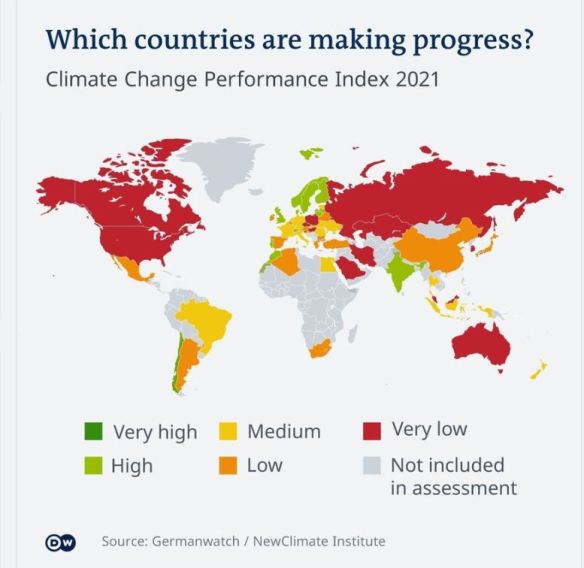 Each year, more than 30 giga-tons of C02 are released, due to fossil fuels. Worst offender is China at 10,065 million tons of C02, or 30% of all emissions. The USA is second, at 5,416 million tons, or 14%. In Canada, Trudeau is smooth at talking about having “a clean climate AND a growing economy” but those are just words to put off taking action. He just extended his reduced emission goals to 2030, so we can look forward to more heat domes and wildfires.

I feel like a mother cat with too many kittens, with so much to worry about. What saves me, always, is nature, which keeps on trying to live, in spite of us and our non-cooperation on this matter.

There is good news too, but you have to hunt to find it. 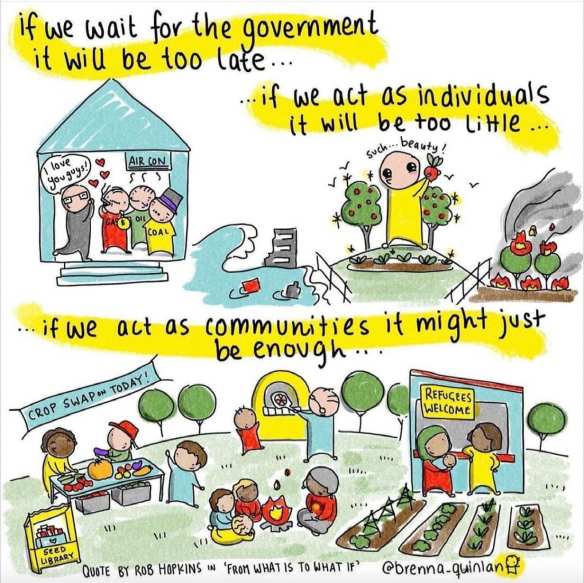 So there is good news. Interestingly, much of the innovation and progress is in some of the less wealthy countries, who perhaps are more aware, and feel less entitled to “having it all”. Clearly, we have to leave that mindset behind.

Wild grief and wild (rather desperate) hope, as this old world turns and turns. May the war end. May we not blow ourselves up. May we learn to live with kindness to Mother Earth and our fellow beings, both human and non-human. Let’s keep writing our grief and hope into poems – and, sometimes, in  letters to elected officials to remind them that, according to the experts, we have to make significant changes in the next five years to slow down what is heading our way.

(Letters do have impact. In Tofino, our petition to save the rest of Tonquin forest reached almost 2500 signatures. As a result, Council is now talking about protecting the area the developer had hoped to expand into.)

I was most inspired, and most infused with hope, recently, by Ingrid Wilson’s wonderful poem “Everwild”.  Here it is, with permission.

Catbells is changing colour
burnished copper into gilded green
the fields, alive in flower
give on to glorious mountainscapes, serene

Higher peaks peppered with snow, below
the wan sun warms the valley floor
here we may lay aside sorrow
where grieving sings no more

The birds trill out their tra-la-la song
all the length of my broad trail
their honeyed melodies in throng
rise, warm my heart, and rouse the vale

And all the land’s alight with springtime
majestic mountain, rolling field
beats with my heart, my footsteps keep time
and I am reborn: everwild

Yes, I thought: that is it, exactly. No matter what, I will stay Everwild. Thank you to Ingrid for the spiritual reinforcement. I needed it. I was born just after WWII and can’t believe I am watching the rise of fascism across the globe, and watching this terrible, brutal war on my tv screen. Yet, at the same time, Mother Earth showers us with springtime blossoms, and every living thing strives to flourish. A message of hope, of growth, of moving forward along the great arc of life, whatever comes.

For our challenge, let’s write from that place of holding onto wildness of soul, to balance the wild love and wild grief we swing between on any given day, at this time of utter unpredictability, when Mother Earth herself is providing us with comfort in our grief, even while she herself is bleeding.