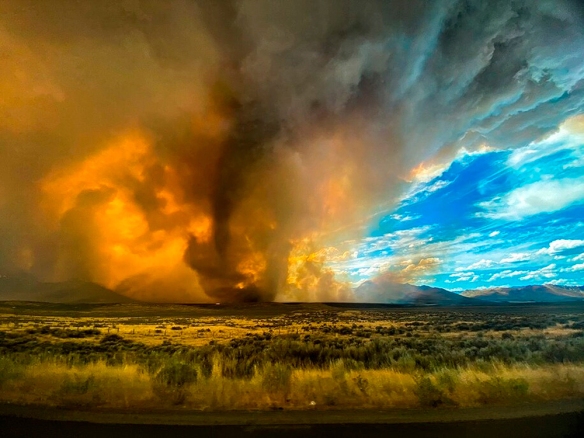 What happens when awe exceeds our capacity to behold it? Jack Gilbert struggles with this in “Measuring The Tyger”:

Barrels of chains. Sides of beef stacked in vans.
Water buffalo dragging logs of teak in the river mud
outside Mandalay. Pantocrater in the Byzantium dome.
The mammoth overhead crane bringing slabs of steel
through the dingy light and roar to the giant shear
that cuts the adamantine three-quarter-inch plates
and they flop down. The weight of the mind fractures
the girders and piers of the spirit, spilling out
the heart’s melt. Incandescent ingots big as cars
trundling out of titanic mills, red slag scaling off
the brighter metal in the dark. The Monongahela River
below, night’s sheen its belly. Silence except
for the machinery clanging deeper in us. You will
love again, people say. Give it time. Me with time
running out. Day after day of the everyday.
What they call real life, made of eighth-inch gauge.
Newness strutting around as if it were significant.
Irony, neatness and rhyme pretending to be poetry.
I want to go back to that time after Michiko’s death
when I cried every day among the trees. To the real.
To the magnitude of pain, of being that much alive.

I’ll always remember what novelist E.L. Doctorow said in a lecture at a local university back in 1995: “It is the writer’s main task and only value to bear witness to a magnitude.”

For me, Doctorow’s novels are just that — a stunning witness to the human spirit at a specific crossroads in the past. The magnitude of what he captures looms heavily into the present moment, chilling us with the recognition that those who don’t learn the lessons of history are doomed to repeat them. (Favorite Doctorow novel: Billy Bathgate.)

His vision failed however to witness what was then coming monstrously to view, but maybe magnitude needs a moment of the past to triangulate itself. (Jack Gilbert understood magnitude but only at heart scale.) We can use the climate silence of our literature as such a referent. Silence in the face of this? Today it’s hard to imagine a setting not burning in from the edges.

Now climate-related disasters grow so great in magnitude that one wonders what comes to pass when awesomeness outstrips scale. What happens when fire is too great, when humans can’t live in such heat? We comfit to the steadily worse like the proverbial frog in the boil, but what occurs in the human spirit when rolling bubbles is all there is? For many, you either hunker down in the blind comfort of grievance or write one long poem of grief. Either approach suggests that we’ve run out of calibration.

A wildfire in New Mexico (US) has ballooned to 165,000 acres, threatening a traditional Hispanic culture that has lived in the area before the United States came into existence. Thousands of homes may be destroyed. On Friday the state’s governor warned of 100 consecutive hours of wind and extreme temperature to come starting Saturday. Six major fires across the state are escalating. So the long, long wildfire season in the Northern Hemisphere continues to grow.

India and Pakistan saw temperatures soar a month ago and they haven’t budged — daily high temperatures are 5 to 8 degrees C above normal (that 9-15 degrees F), and in New Delhi last week it hit 118 degrees F (47.7 C), and the maximum high temperature in April averaged more than 104 degrees (40 C). In areas of high humidity, temperatures in excess of 35C (95F) are considered at their “wet bulb” threshold, where the human body is at risk of cooking itself. Wheat harvests have been damaged, and electricity consumption is soaring (placing an even high demand for coal at coal-fired plants).

A cartographer with NASA Earth recently mapped the world’s largest cities, showing the ones most affected by temperature rise in shades of orange and red. India is pockmarked with the largest and darkest red circles:

About 99 million people live in India’s 10 hottest cities. And let’s remember that India has seen about 1 degree Celsius in warming since the Industrial Age, with a 3.5 C increase predicted for India by century’s end.

Is human habitation no longer possible in forest areas? Are there enough sandbags to stack?

Behind those questions, an even more awful one: If we are asking wondering these things at 1 degree C warming from Industrial Age levels, what happens when we hit 2 and then 3 degrees C warming in the coming decades?

Does human life become a seasonal probability? And how will we then calibrate the human spirit?

It becomes harder and harder to behold magnitude without succumbing to terror, which for many means hunkering down and refusing to witness anything.

It certainly is understandable, but such denial dooms us to repeat what happens when populations go on blinding themselves. Imagine Pompei in 78 AD with Aetna billowing smoke or cafes in Warsaw Poland in 1938 as German armor revs up nearby. And how different Christmas in Ukraine in 2021 and then 2022 …

I’ve been reading Carolyn Forché’s 2019 memoir All That You Have Heard Here is True, about her awakening as a poet and human rights activist when she innocent American poet learning something fundamental about witness while visiting El Salvador at the outbreak of the bloody civil war that began in 1979. It’s about reading the signs of the future in the present moment, something that still was understood by the remnant natives descended from ancient Mayan culture:

The Mayans don’t distinguish between past, present, and future … They have one word to describe all instances of time, meaning something like “It comes to pass.” If you know the past, you know the cyclic forces that created the present, and by knowing the cyclic influences that created the present, you can foresee the future … If you can learn to read the present, without preconceptions, you will better know which of all possible futures will come to pass. There is nothing magical about this. It is a skill that can be acquired by anyone with the inclination and discipline. (207)

She is brought to that impoverished country by a Salvadoran man who asks her, “Are you going to write poetry about yourself for the rest of your life?” He shows her the vast suffering of the population contrasted by the incredible privilege of the elite. Her experience opened her eyes and led her to become one of the most outspoken poets on human rights in Central America. From it she began to write a “poetry of witness,” the “evidence of what occurred.”

Does magnitude allow us to see this present moment clearly in its awesome and awful unfolding, and vision what is wheeling slowly and to view? What must our eyes unlearn to see in order to bear witness to that magnitude?

A breezy hot afternoon here, the trees thrashing in gusts which now bear the menace of the normal. Wildfires are raging here in Florida too, down south near the Everglades. Spring is for burning, summer brings storm.

For this week’s challenge, What is your witness to the magnitude?

WHAT KIND OF TIMES ARE THESE

There’s a place between two stands of trees where the grass grows uphill
and the old revolutionary road breaks off into shadows
near a meeting-house abandoned by the persecuted
who disappeared into those shadows.

I’ve walked there picking mushrooms at the edge of dread, but don’t be fooled
this isn’t a Russian poem, this is not somewhere else but here,
our country moving closer to its own truth and dread,
its own ways of making people disappear.

I won’t tell you where the place is, the dark mesh of the woods
meeting the unmarked strip of light—
ghost-ridden crossroads, leafmold paradise:
I know already who wants to buy it, sell it, make it disappear.

And I won’t tell you where it is, so why do I tell you
anything? Because you still listen, because in times like these
to have you listen at all, it’s necessary
to talk about trees. 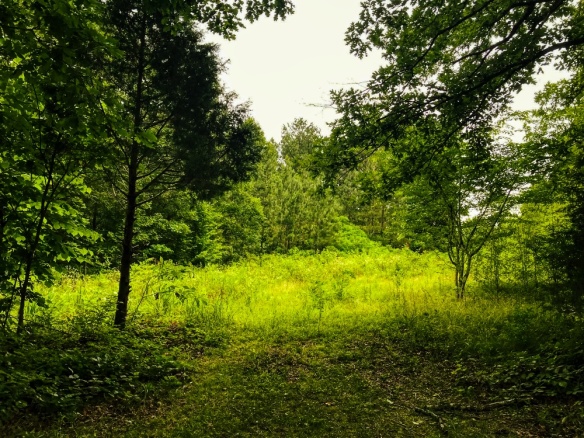 MORNING ON THE ISLAND

The lights across the water are the waking city.
The water shimmers with imaginary fish.
Not far from here lie the bones of conifers
washed from the sea and piled by wind.
Some mornings I walk upon them,
bone to bone, as far as the lighthouse.
A strange beetle has eaten most of the trees.
It may have come here on the ships playing
music in the harbor, or it was always here, a winged
jewel, but in the past was kept still by the cold
of a winter that no longer comes.
There is an owl living in the firs behind us but he is white,
meant to be mistaken for snow burdening a bough.
They say he is the only owl remaining. I hear him at night
listening for the last of the mice and asking who of no other owl.

I try to look at the big picture.
The sun, ardent tongue
licking us like a mother besotted

with her new cub, will wear itself out.
Everything is transitory.
Think of the meteor

that annihilated the dinosaurs.
And before that, the volcanoes
of the Permian period — all those burnt ferns

and reptiles, sharks and bony fish —
that was extinction on a scale
that makes our losses look like a bad day at the slots.

And perhaps we’re slated to ascend
to some kind of intelligence
that doesn’t need bodies, or clean water, or even air.

But I can’t shake my longing
for the last six hundred
Iberian lynx with their tufted ears,

Brazilian guitarfish, the 4
percent of them still cruising
the seafloor, eyes staring straight up.

And all the newborn marsupials —
red kangaroos, joeys the size of honeybees —
steelhead trout, river dolphins,

so many species of frogs
breathing through their damp
permeable membranes.

Today on the bus, a woman
in a sweater the exact shade of cardinals,
and her cardinal-colored bra strap, exposed

on her pale shoulder, makes me ache
for those bright flashes in the snow.
And polar bears, the cream and amber

of their fur, the long, hollow
hairs through which sun slips,
swallowed into their dark skin. When I get home,

my son has a headache and, though he’s
almost grown, asks me to sing him a song.
We lie together on the lumpy couch

and I warble out the old show tunes, “Night and Day”. . .
“They Can’t Take That Away from Me.”. . . A cheap
silver chain shimmers across his throat,

rising and falling with his pulse. There never was
anything else. Only these excruciatingly
insignificant creatures we love. 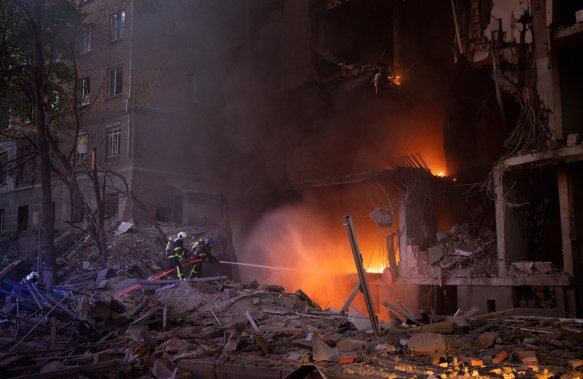 5 thoughts on “earthweal weekly challenge: WITNESS TO A MAGNITUDE”